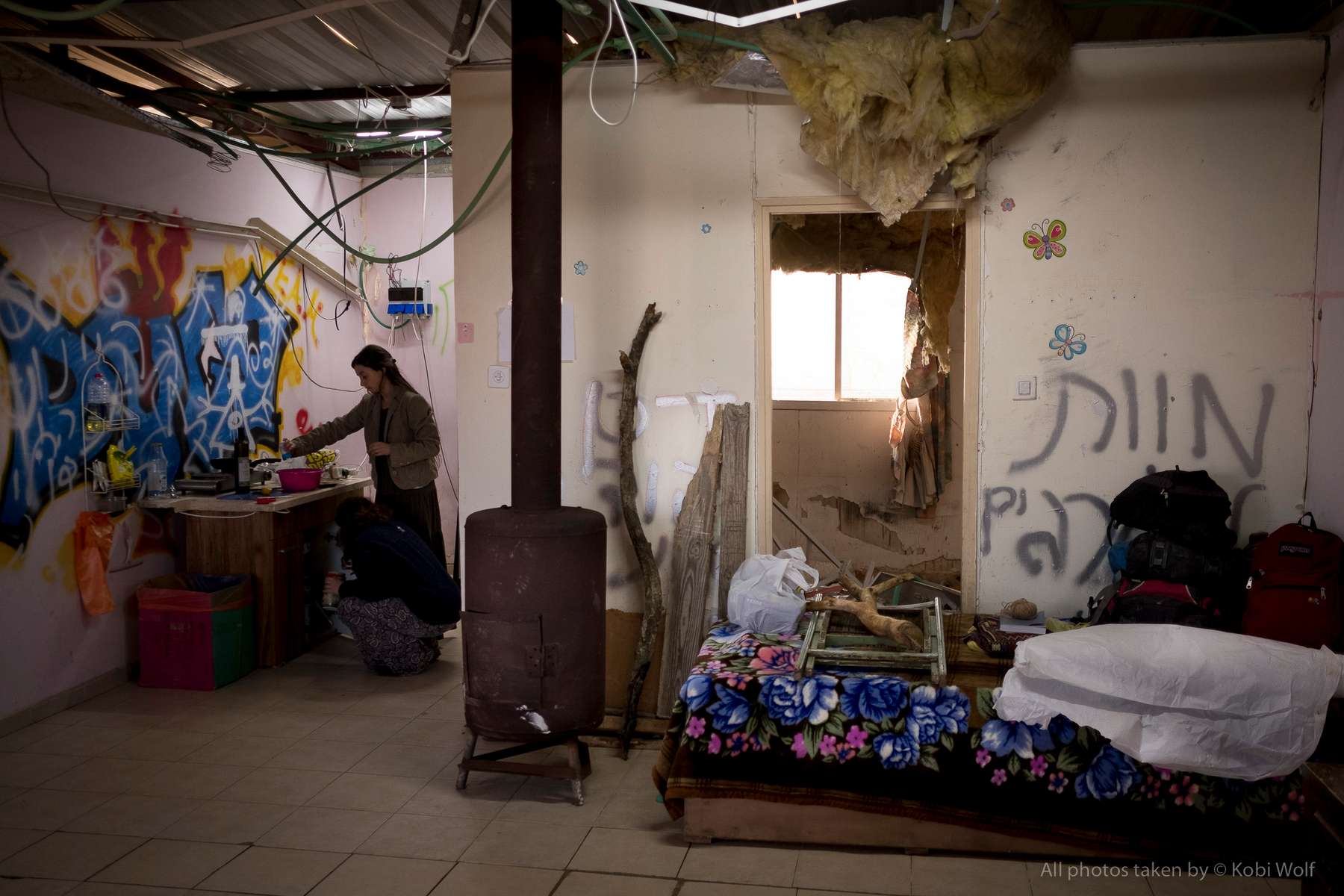 
Israeli youths near new barracks at the former Amona outpost near the Settlement of Ofra, in the west bank,. After settlers announced that they had begun to rebuild the Amona outpost to protest a new wave of Palestinian attacks. - The Amona outpost was evacuated and demolished by the Israeli army in 2017 following a Supreme Court decision ruling that Amona was built on private Palestinian property and must be evacuated.